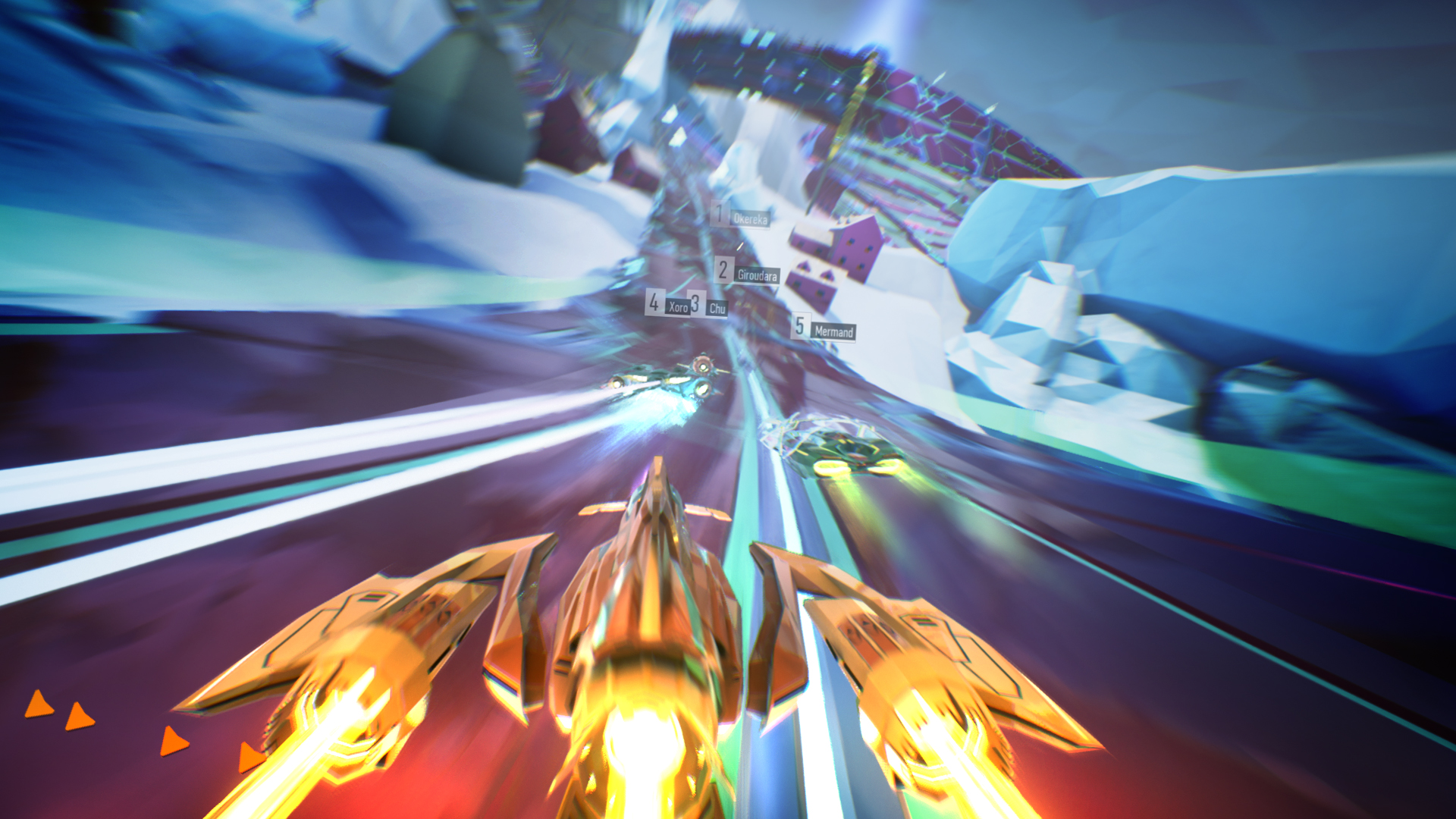 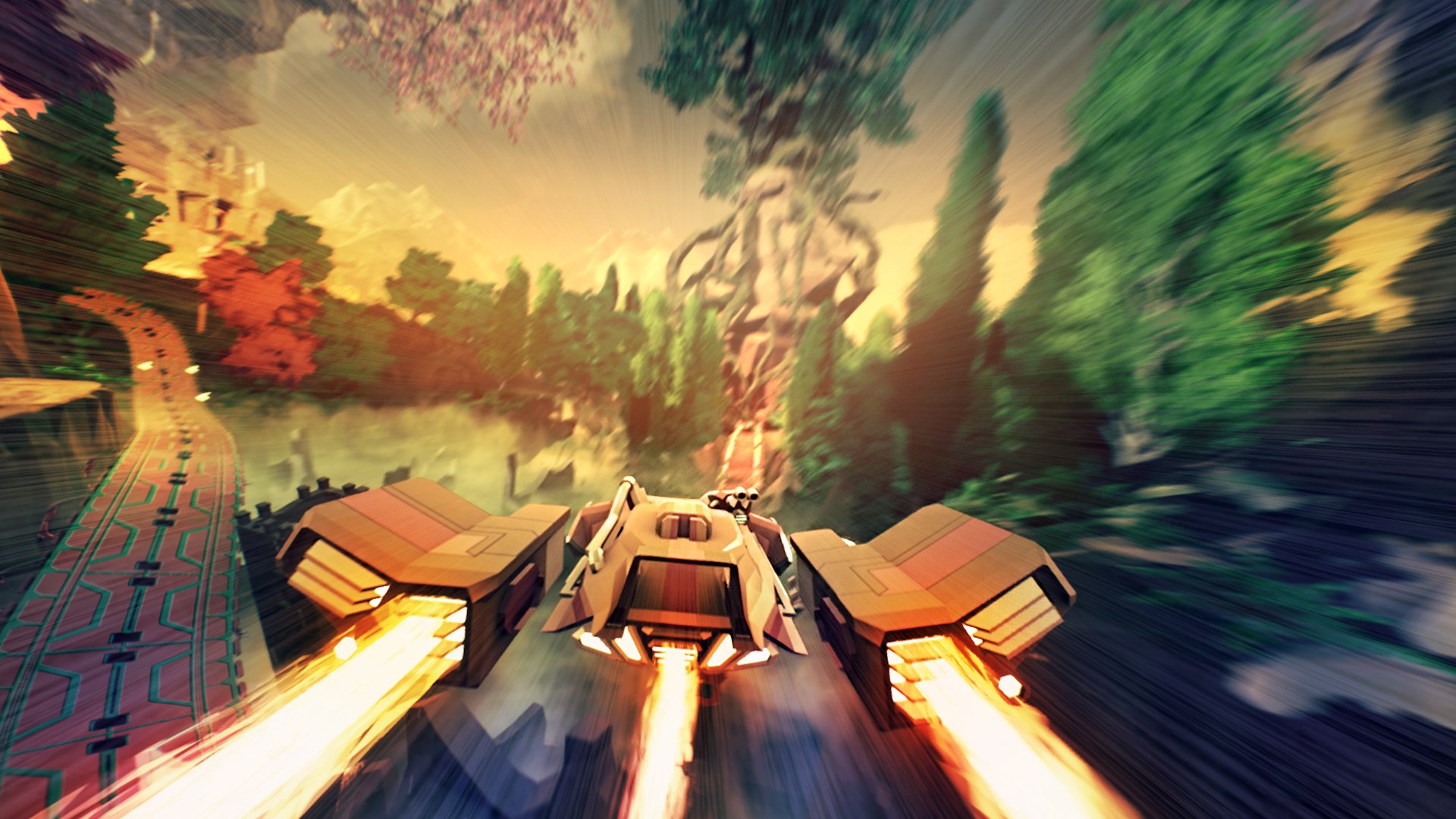 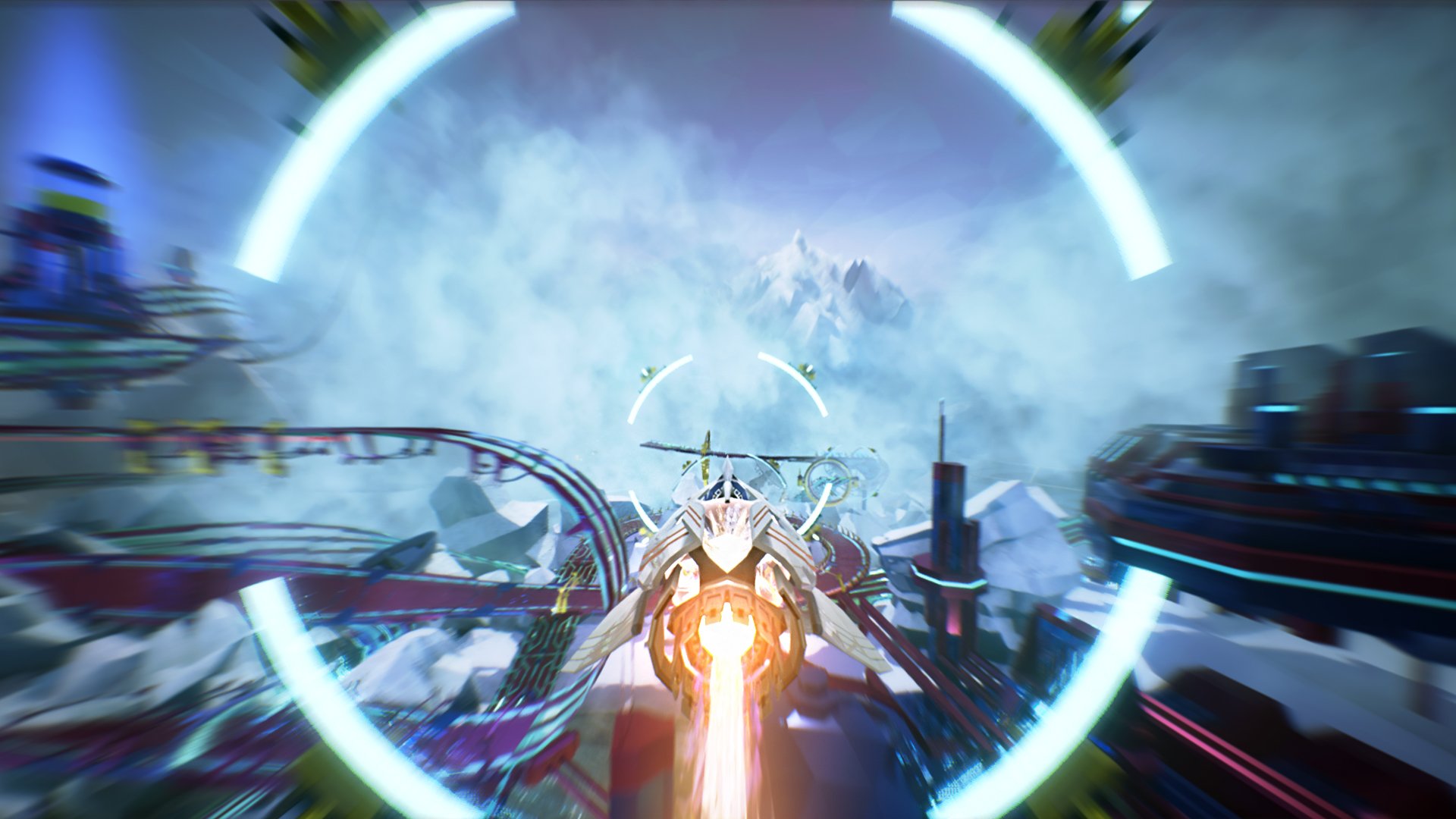 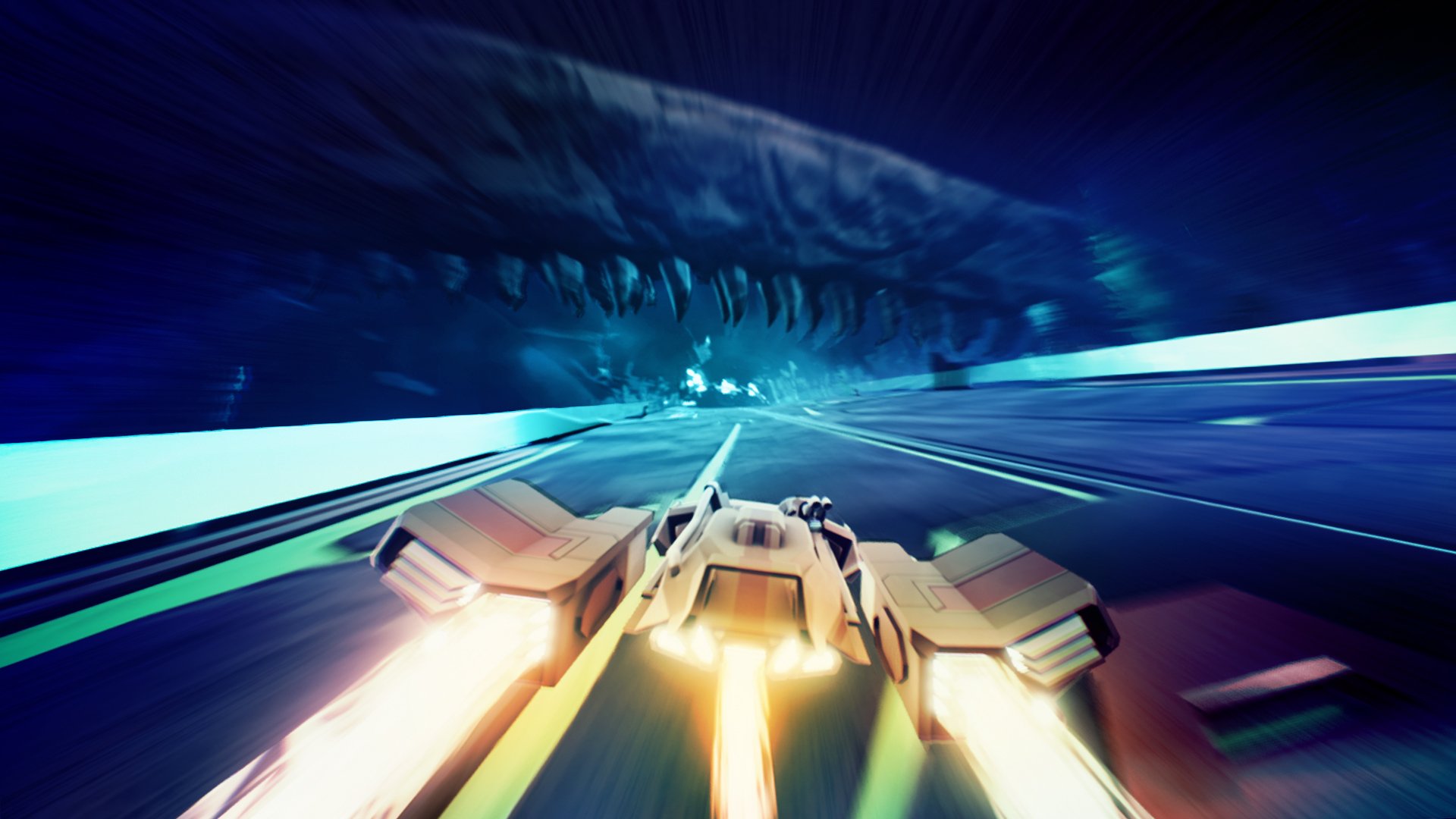 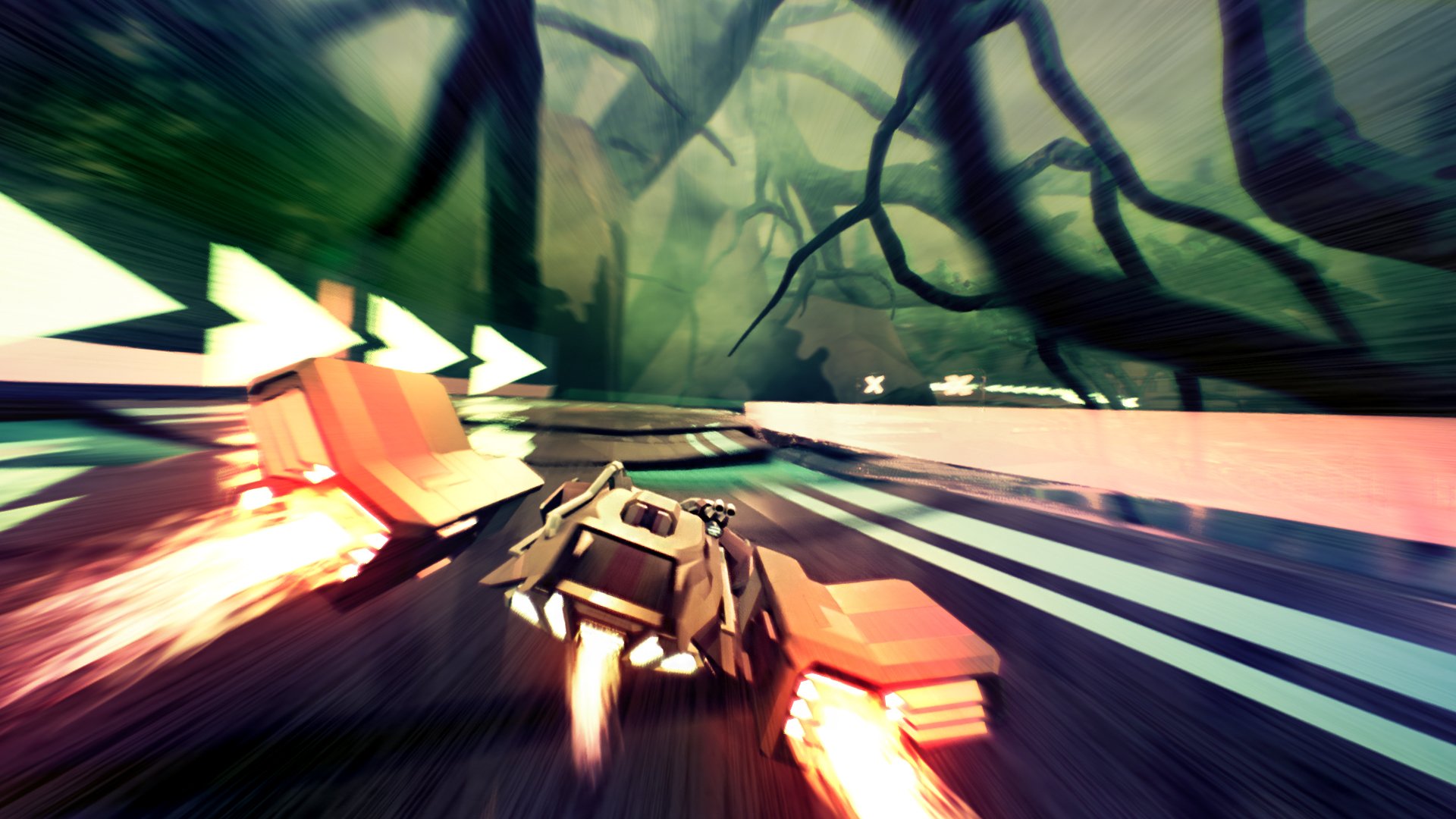 NEXT GENERATION AG RACING IS HERE!

Redout is a tribute to the old racing monsters such as F-Zero, WipeOut, Rollcage, and POD. It is designed to be an uncompromising, fast, tough and satisfying driving experience, soaked in that vertigo that stands at the core of the arcade racing genre. The floating system and driving models are based on physics: each turn, slope, hard braking, acceleration, each turn and twist of the track will apply a unique force to the ship. A sharp low-polygon style blends meshes and terrains with the latest state-of-the-art shading and lighting effects provided by the Unreal Engine 4, creating beautiful and instantly recognisable aesthetics. Breezy coastlines, eerie frozen landscapes, vast desert plains: the melancholic, dystopian atmosphere of a semi abandoned Earth is the background for the most high-speed, tense and beautiful futuristic racing clashes.

Redout is the fastest game ever made. If you can handle it. It's not about the numbers you see on screen, it's about the vibrations, the landscape and buildings flying by, the high-speed collisions, the effects, the sounds, the immersion: everything is meant to feel you going FAST.

Challenge up to 12 players from all over the world and find out who's the best Redout pilot in history! Do you think you have got what it takes? Prove it. True glory is a flame lighted at the skies.

We have been working hard to give you the best VR game yet. Get inside your HMD to experience 3D and distances like never before, you'll know exactly where the apex is and feel a whole new level of control.

Control is the most important feeling when you are racing at 800km/h. Redout features believable physics derived from quad-copters controllers and real magnetic forces. We came up with the next generation in AG handling. There's always a way to face a corner without braking, but you have to prepare for it and use everything you've got. Steer, strafe and turbo out of a corner are the basics: upgrades and powerups will grant you even more control on your ship's behaviour. You'll need to dominate your ship before you face the advanced tracks.

AD 2560.
Earth stripped of its natural resources. Global warming caused the melting of the northern polar ice cap, tropical storms ravage all areas that didn’t suffer from desertification.
Pockets of humans are crawling their lives away in a few slums, descendants of those who were left behind or refused to leave. Others created huge conurbations, based upon some of the most populous cities once on Earth. Most of humanity, though, has moved on the Moon, Mars, Titan, and other Jupiter’s moons. Earth is often used as a location for entertainment events like hi-speed races, futuristic amusement parks and zoo parks, which allows local communities to work and profit in a harsh environment.
One of the most popular sports is the SRRL, or Solar Redout Racing League: the fastest racing league ever created, where humanity's best pilots drive high speed anti-gravity ships on magnetic tracks.

Downloadable contents for this game (7)

Redout - Back to Earth Pack