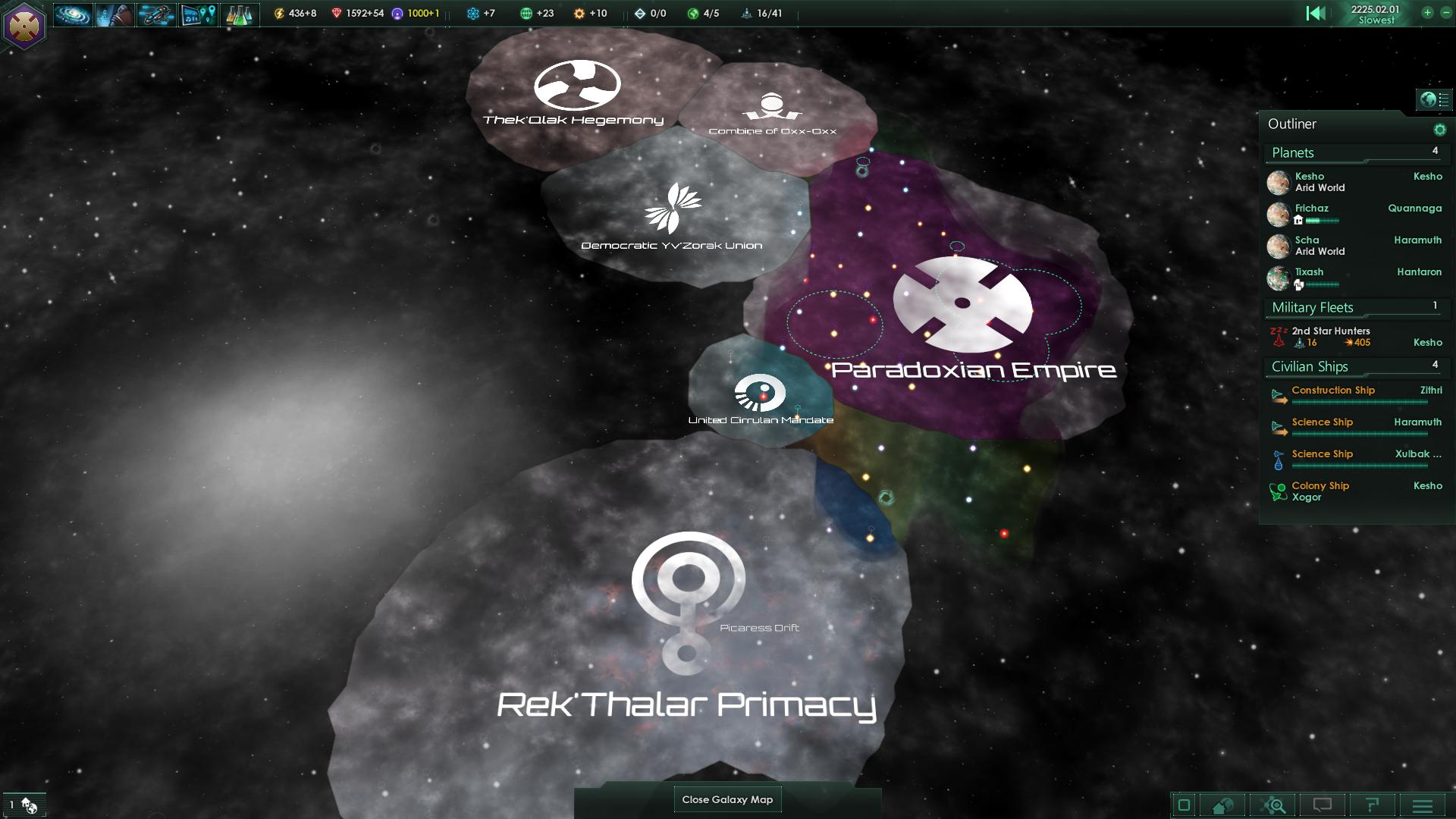 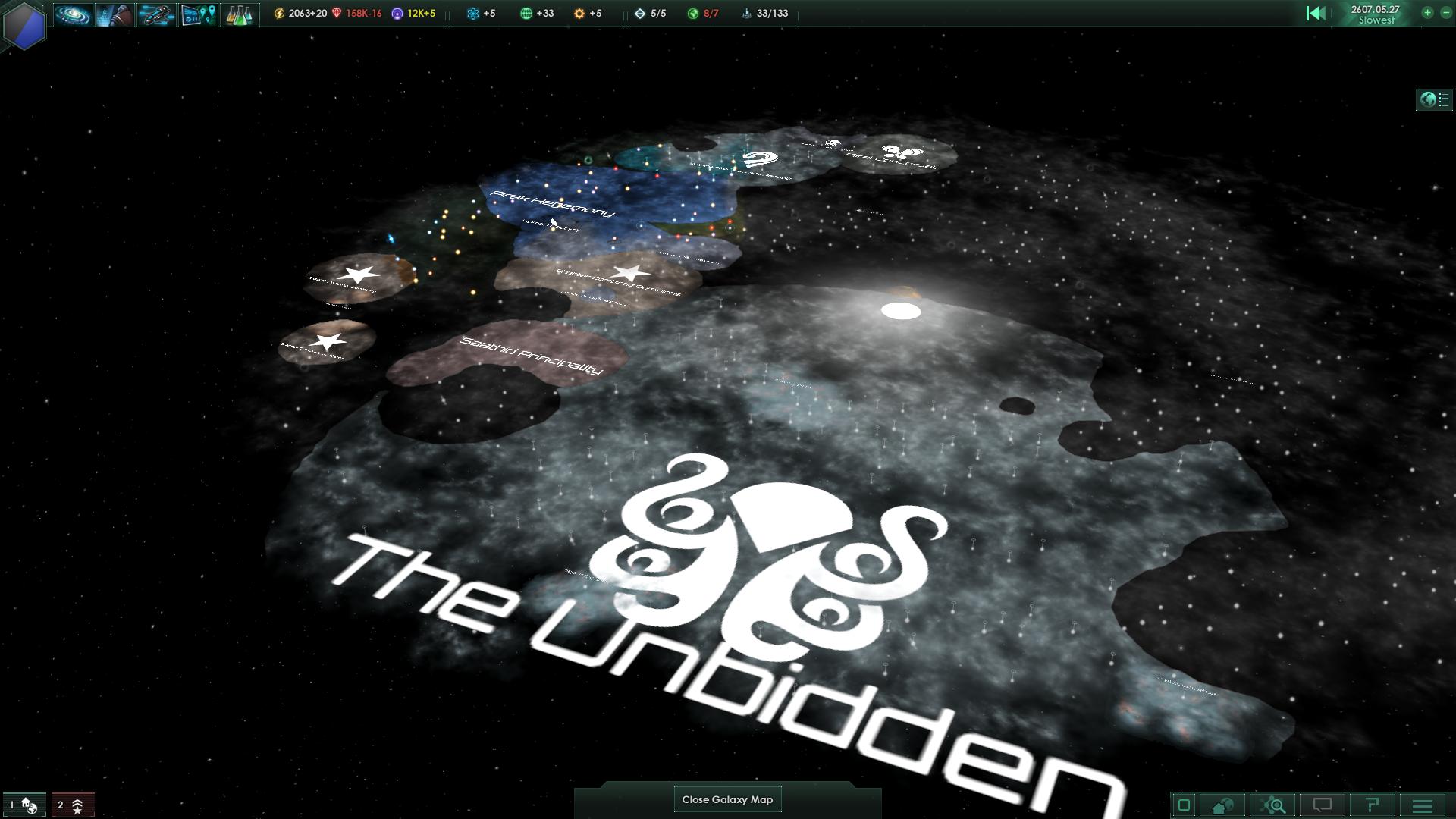 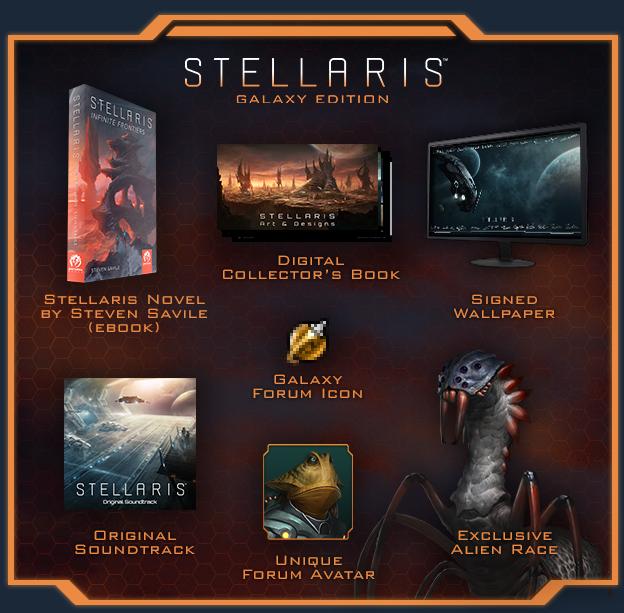 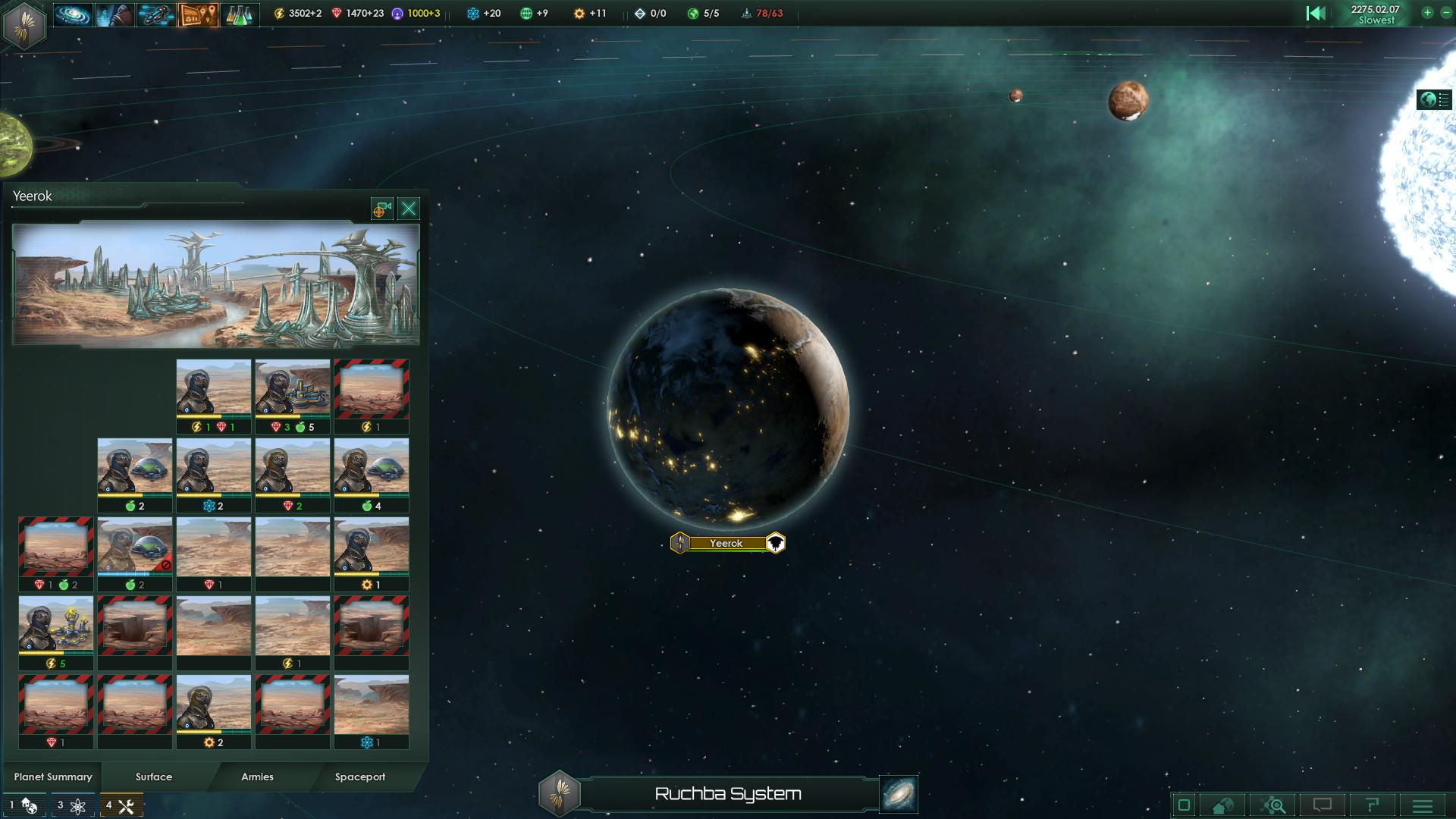 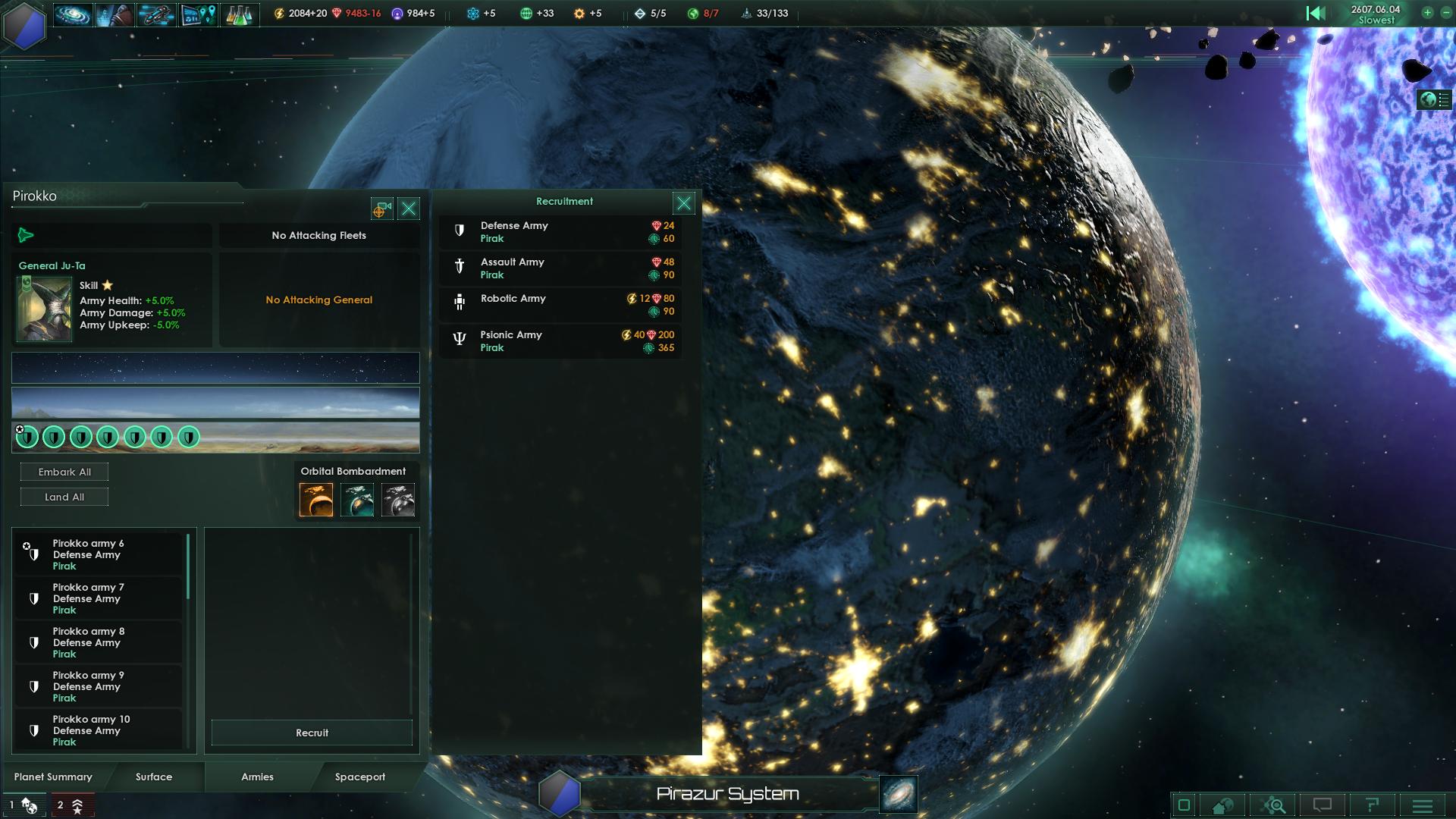 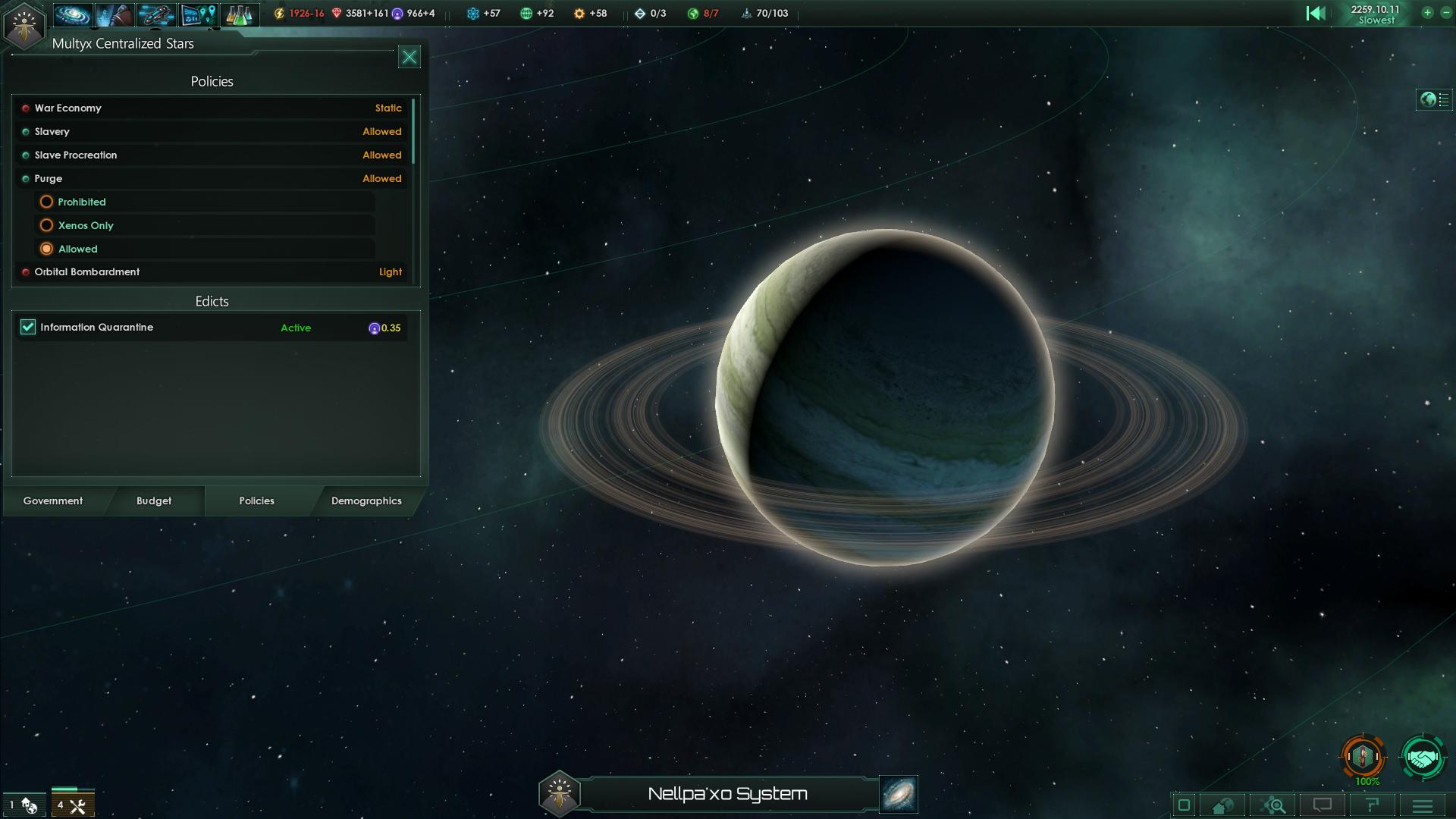 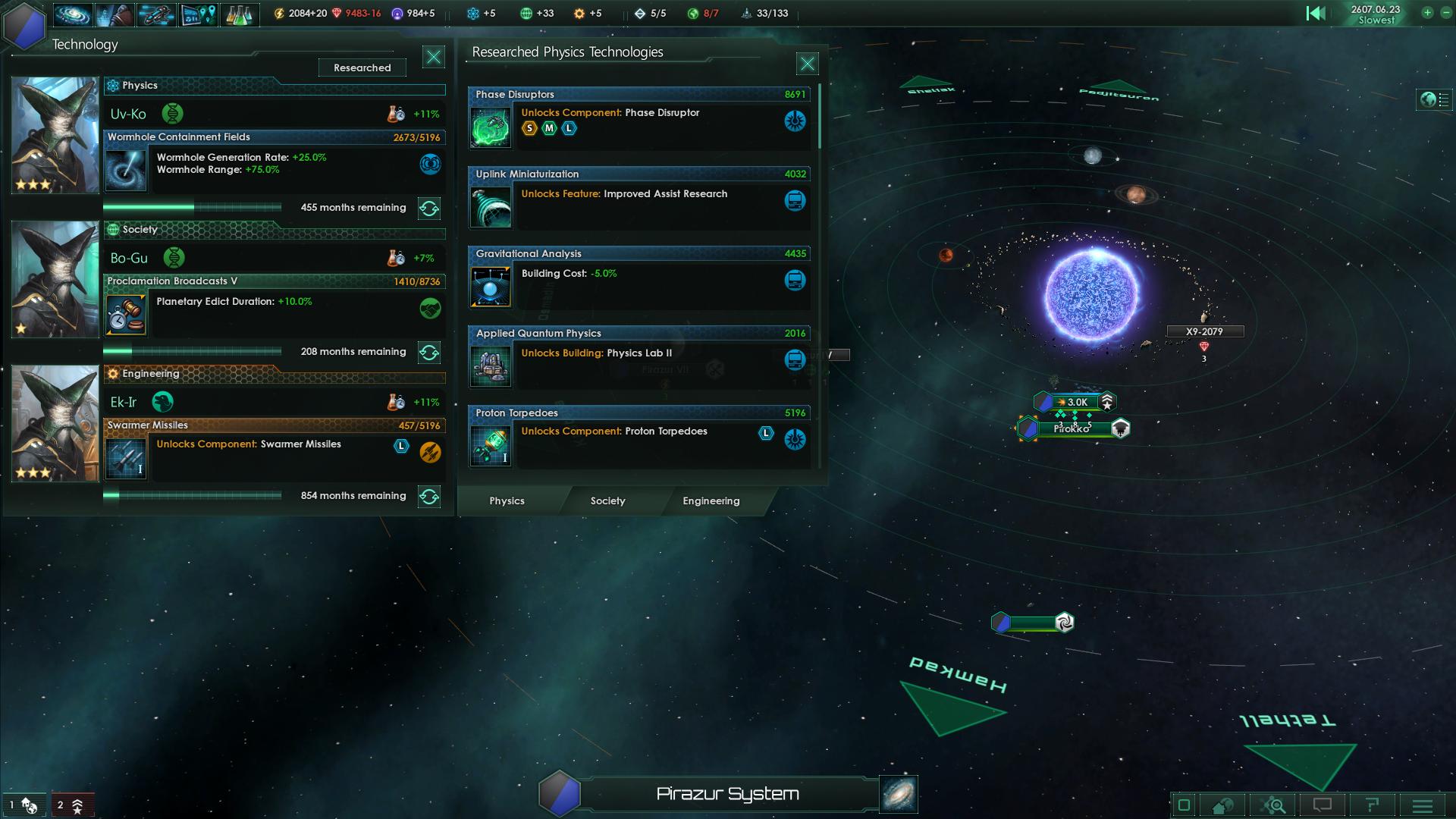 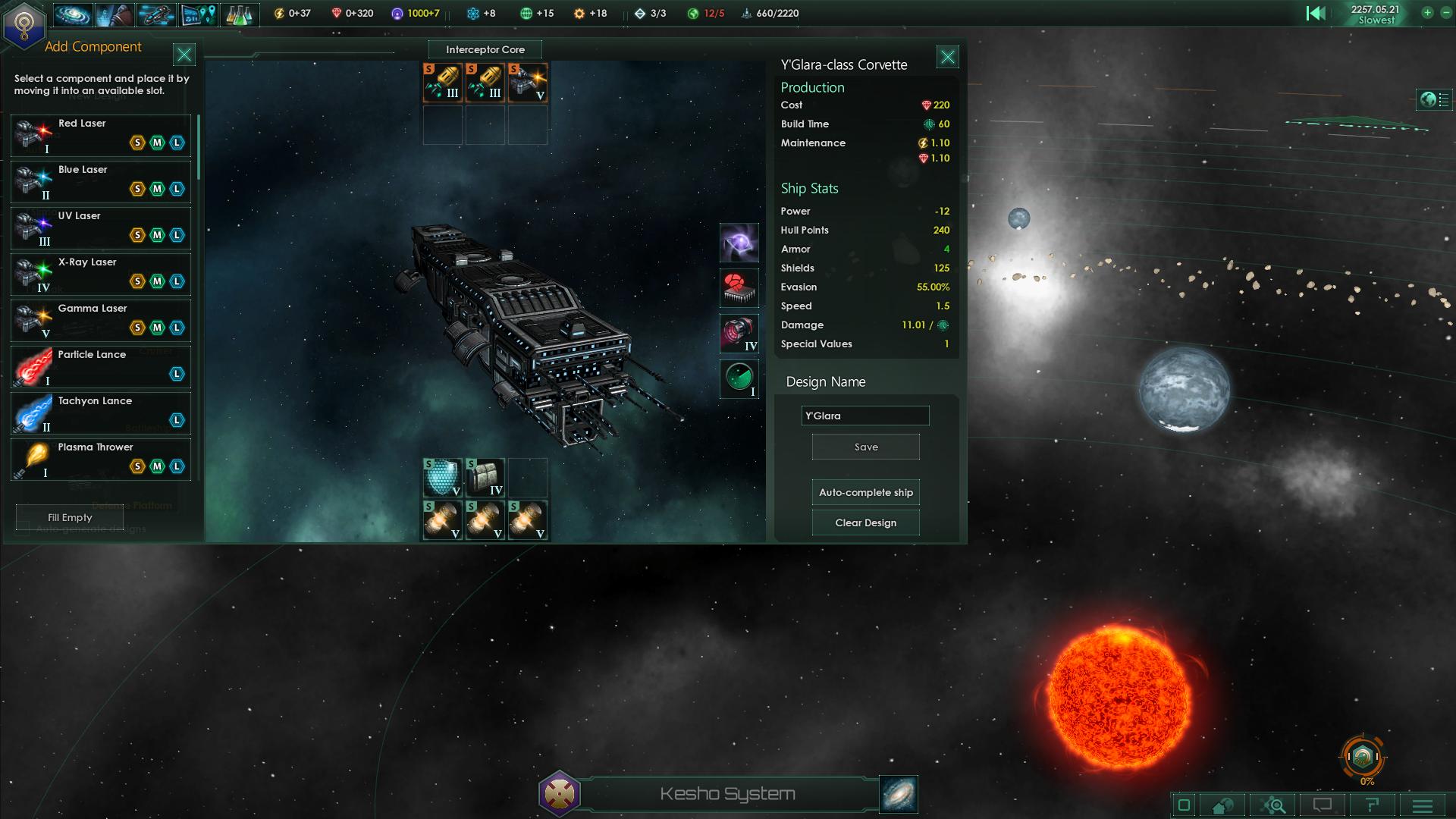 Explore a vast galaxy full of wonder! Paradox Development Studio, makers of the Crusader Kings and Europa Universalis series presents Stellaris, an evolution of the grand strategy genre with space exploration at its core.

Featuring deep strategic gameplay, a rich and enormously diverse selection of alien races and emergent storytelling, Stellaris has engaging challenging gameplay that rewards interstellar exploration as you traverse, discover, interact and learn more about the multitude of species you will encounter during your travels.

Etch your name across the cosmos by forging a galactic empire; colonizing remote planets and integrating alien civilizations. Will you expand through war alone or walk the path of diplomacy to achieve your goals?

The Stellaris soundtrack delivers two and a half hours of original music, including bonus tracks and alternate versions not included in the game. Composed by Andreas Waldetoft with appearances by the Brandenburg State Orchestra and Mia Stegmar, listeners will hear themes meant to evoke discovery and far-reaching exploration through the vast expanse of space through the fusion of orchestral and electronic music. MP3 and lossless FLAC are included.

Colonize the unknown and build a glorious spider empire! An exclusive alien race will be added to your game with a unique arachnid design. When your friends ask how you obtained these new spacefaring spiders, be sure to tell them you found the deal on the web.

Join the creative team behind Stellaris to learn how the game's aesthetic was designed and realized for Paradox's most visually unique game to date. From concept art all the way through full illustrations and 3D renderings, this exclusive 130-page book includes a collection of game art unavailable anywhere else -- along with insight into the thoughts and research that drove these designs, the problems the team faced along the way, and the ways they finally brought these visuals to life.

From best-selling author Steven Savile comes an original novel based on the science-fiction setting of Paradox's Stellaris. When the Commonwealth of Man receives proof that they are not alone in the universe, humanity is divided: should our species seek salvation in potential friends among the stars, or prepare for an inevitable war? What discoveries await the colony ship as they journey into the unknown to find the source of a mysterious alien signal? Download and read on epub, mobi (Kindle) and PDF.

Show your love for Stellaris on the Paradox Forums and other social networks.

Pay your respects to the pioneers who ventured forth into the unknown with this desktop wallpaper signed by the Stellaris development team.