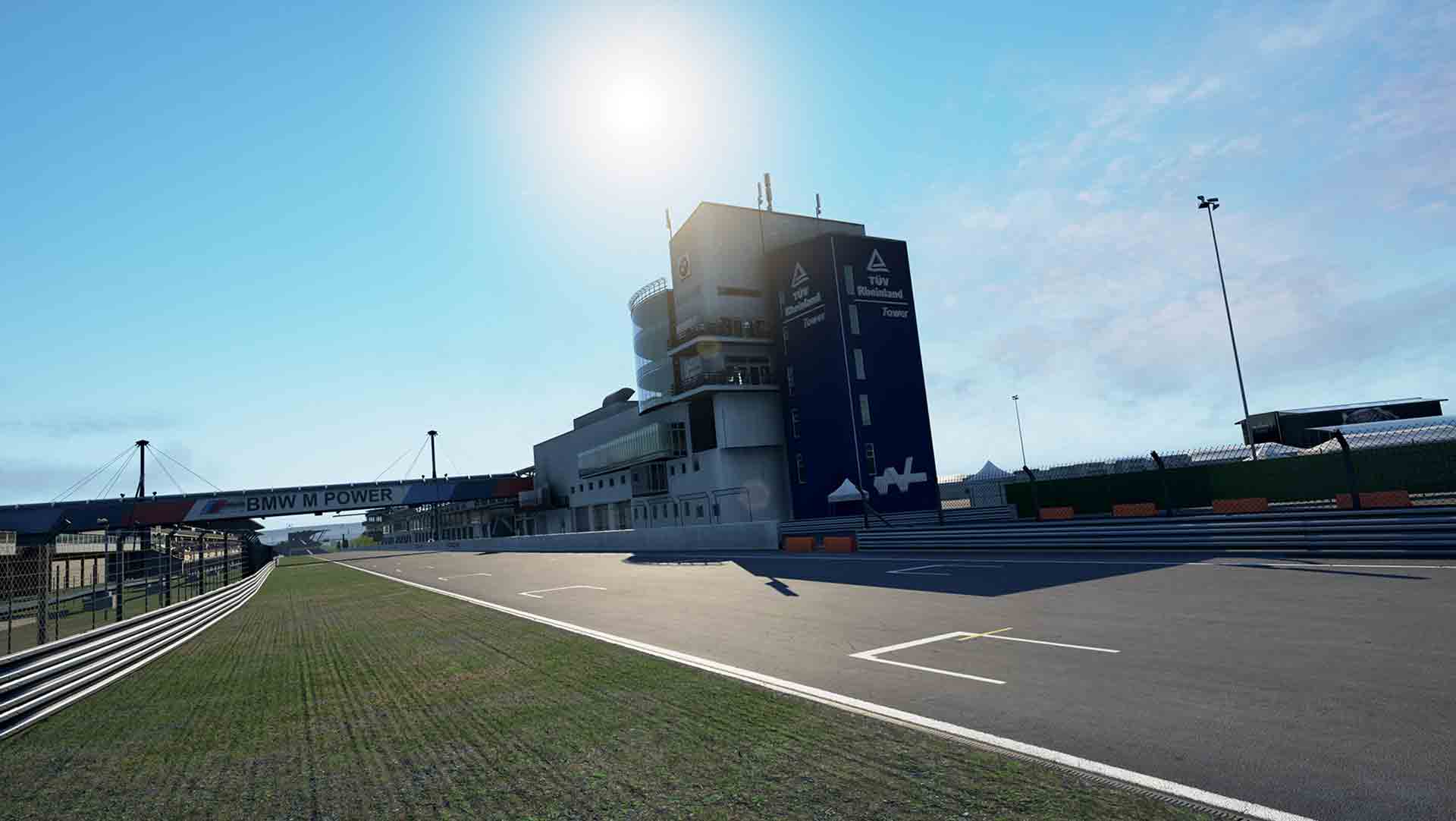 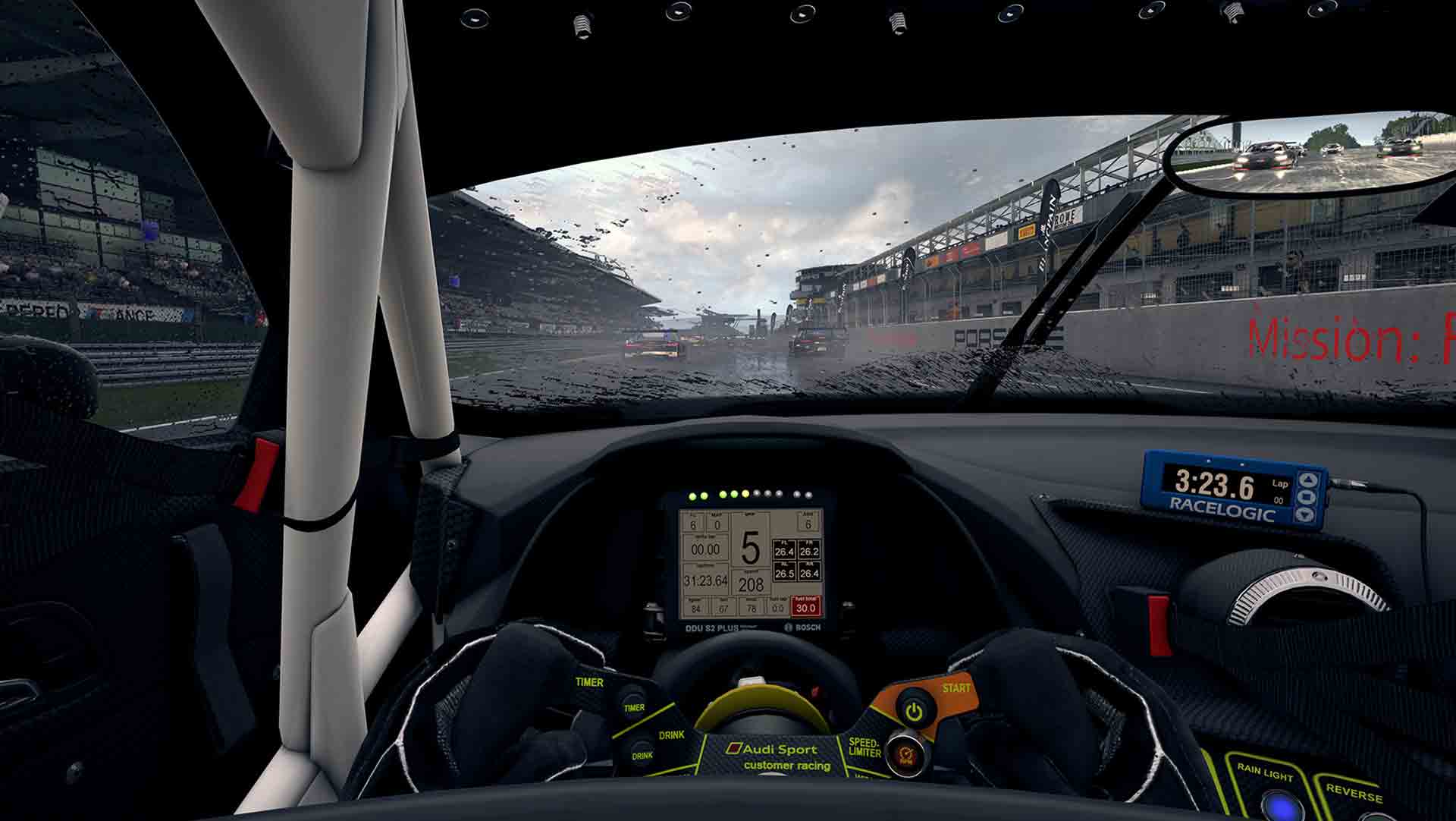 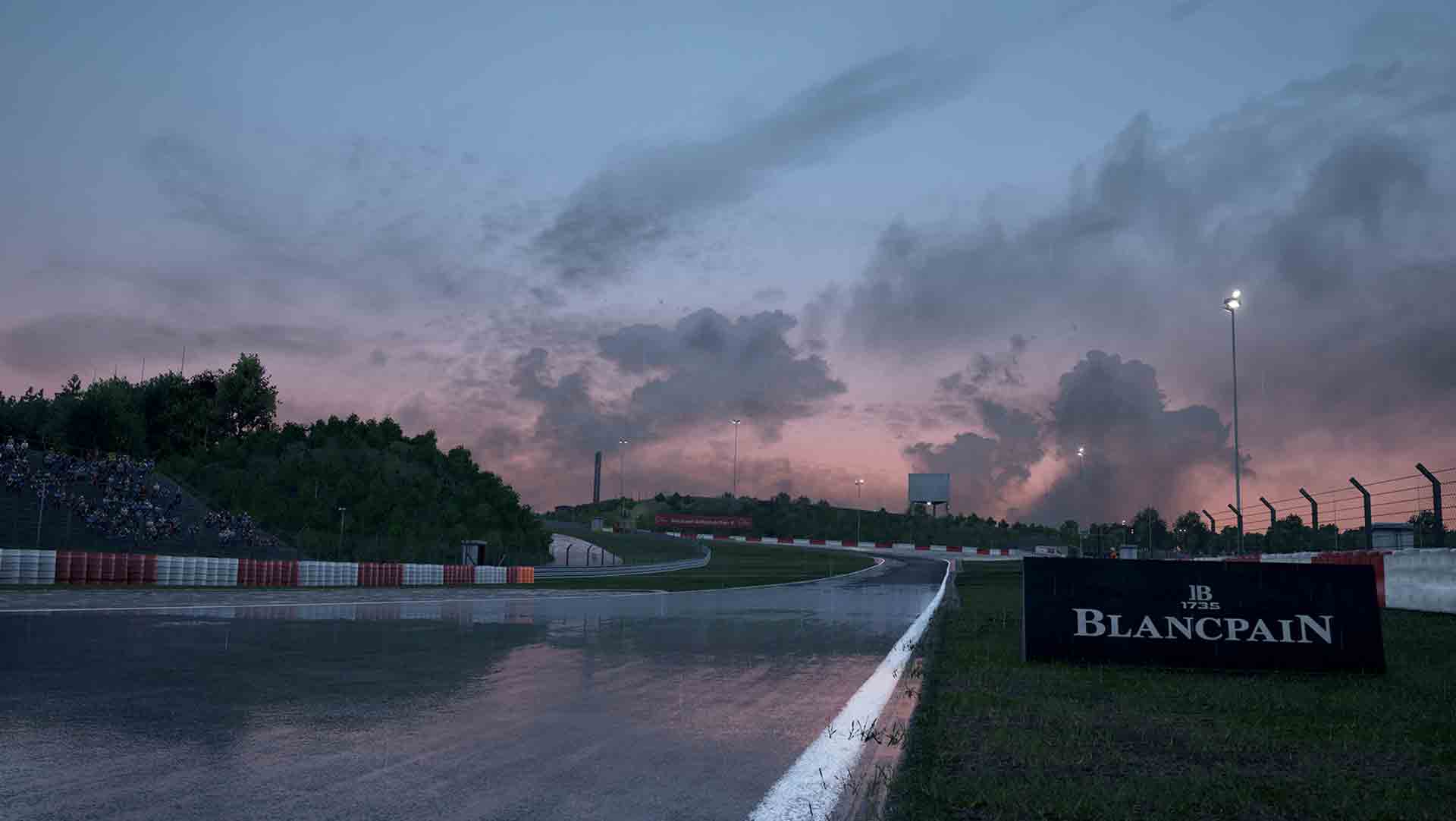 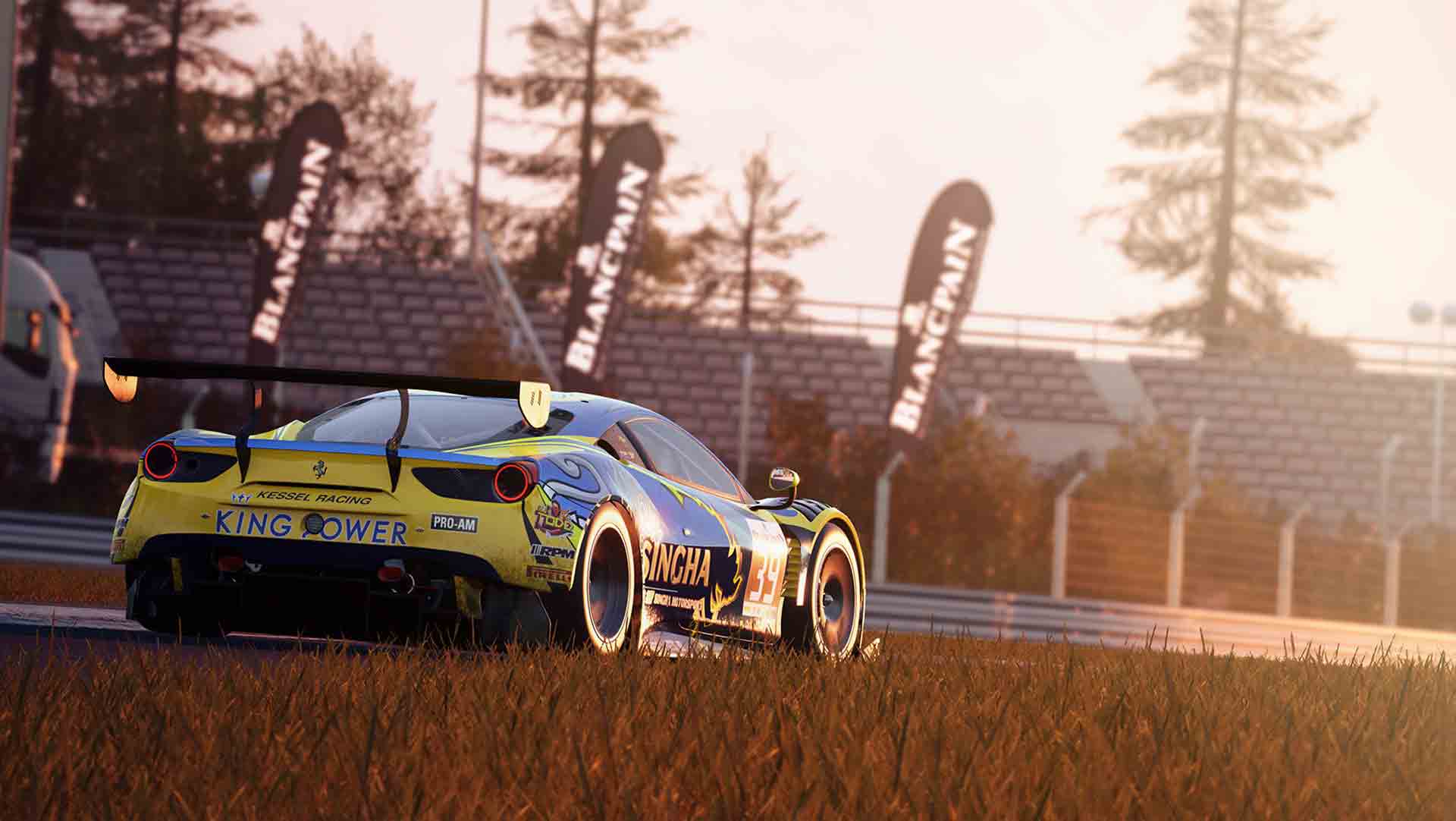 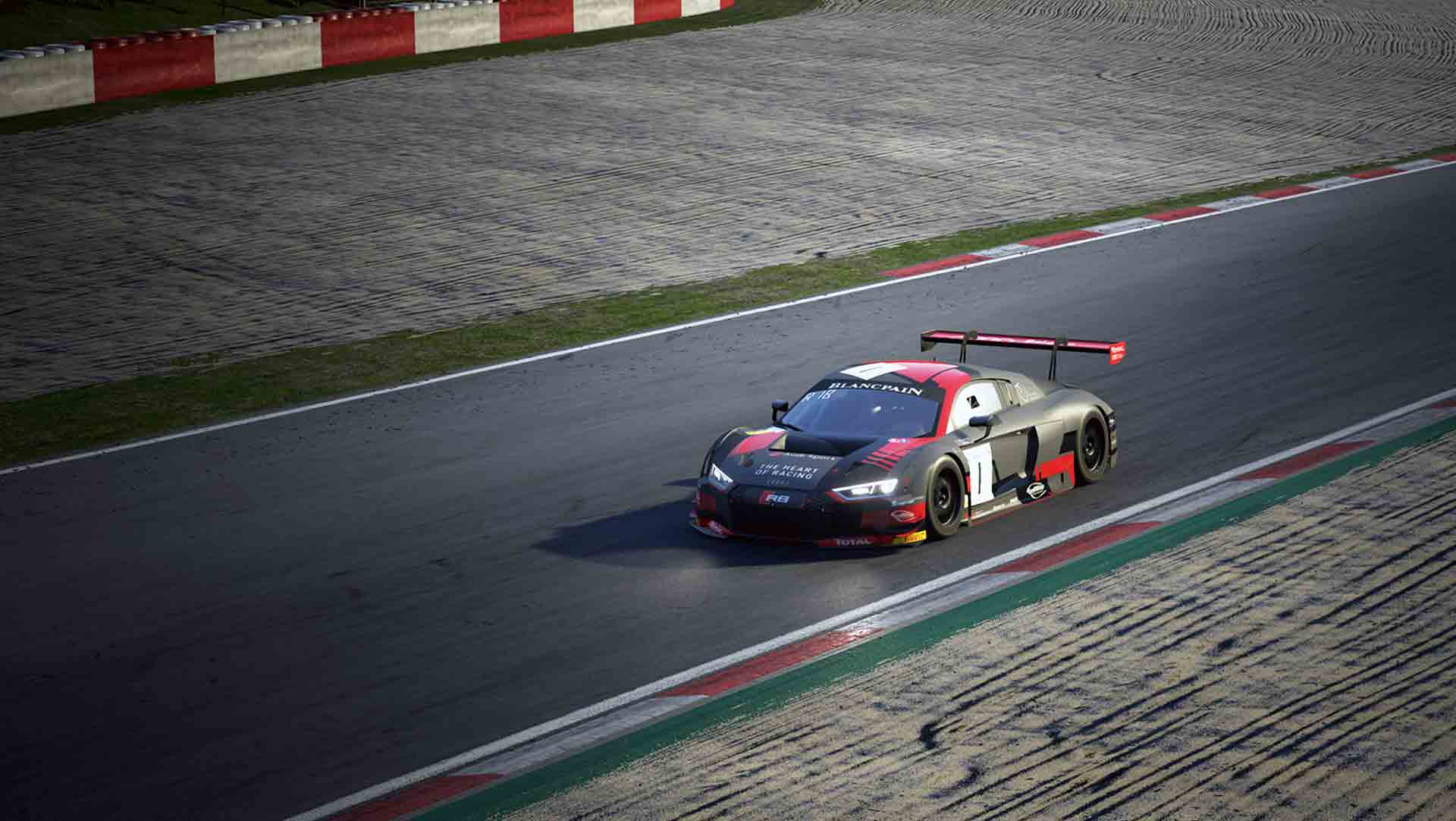 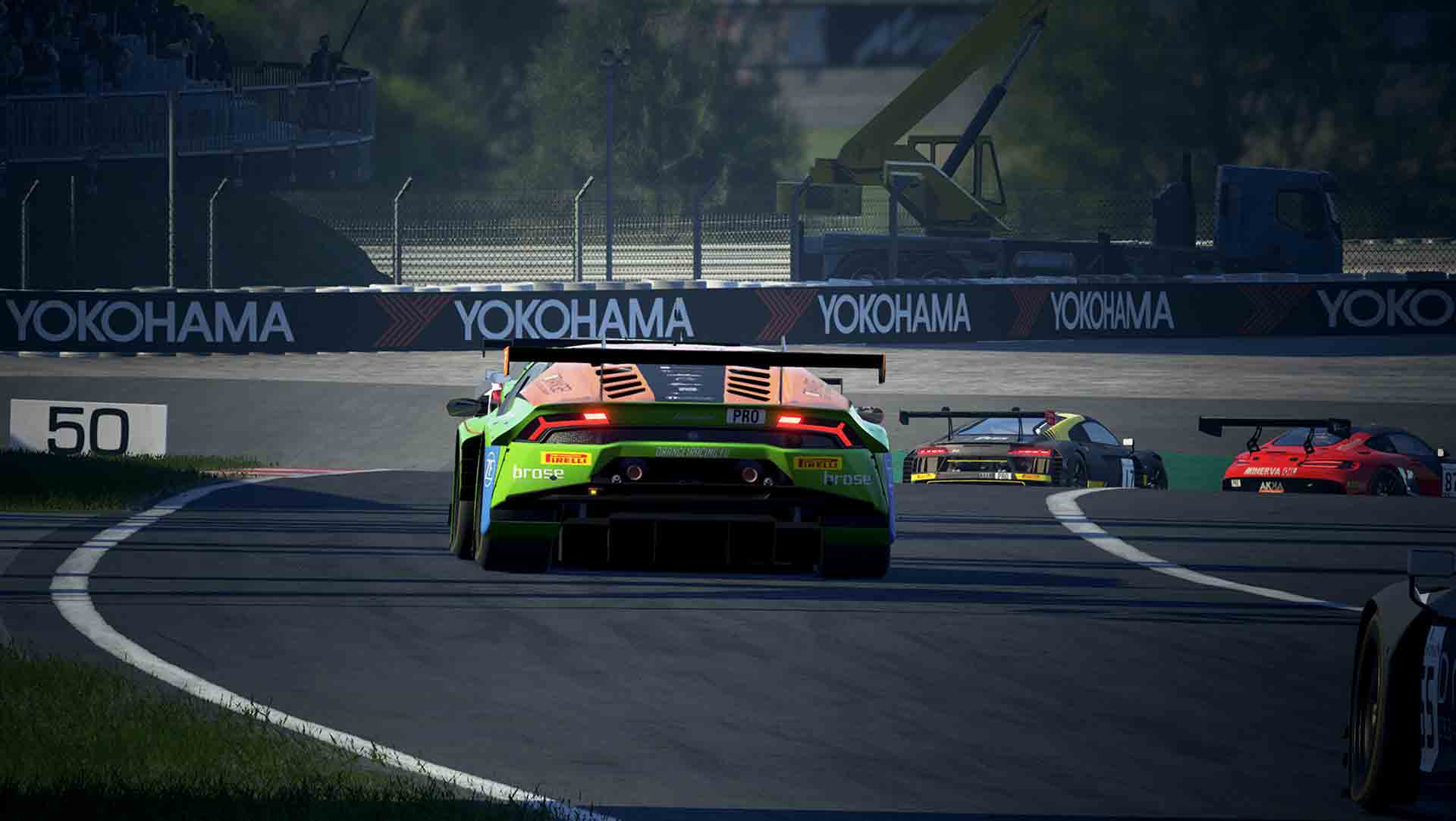 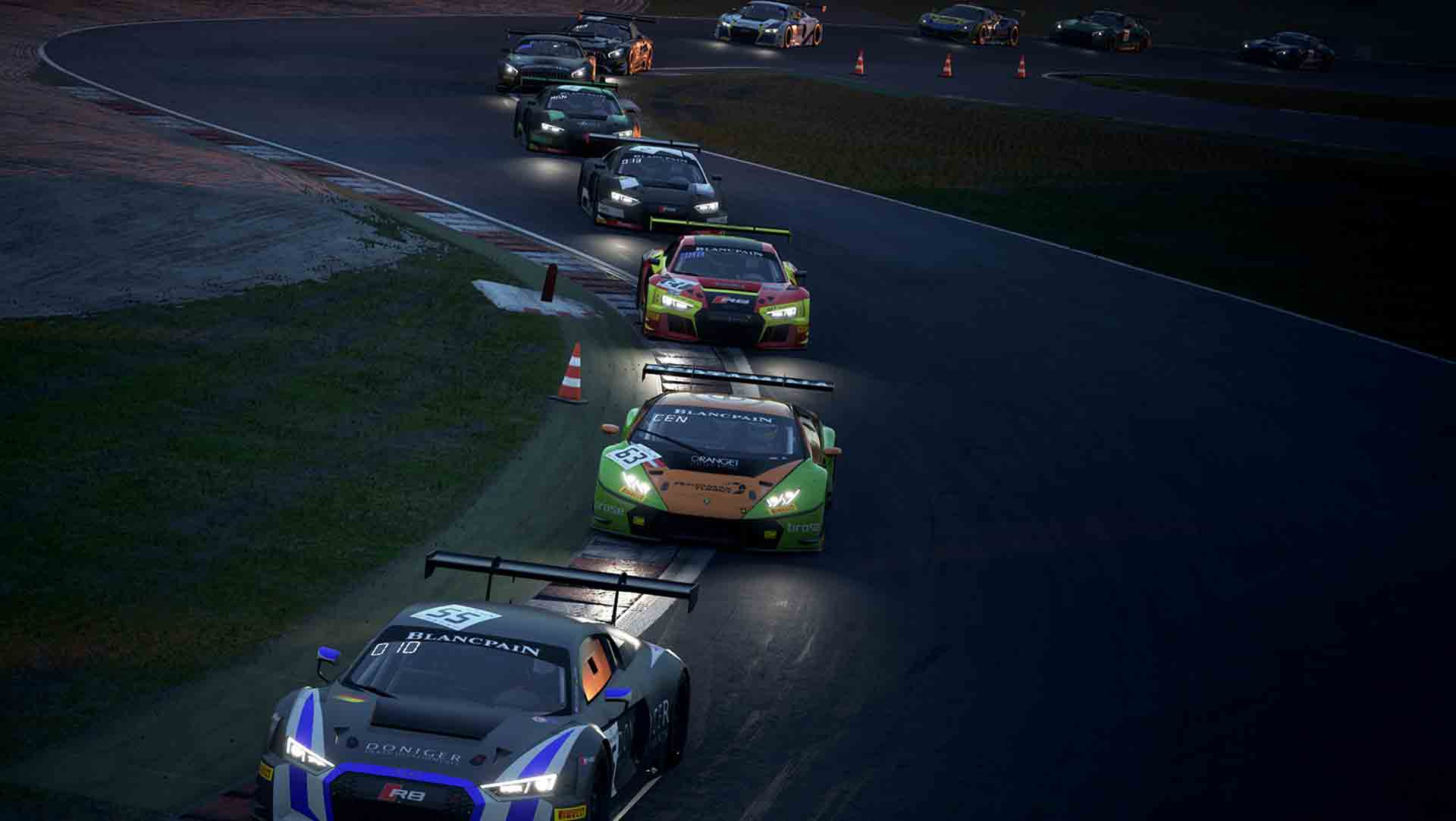 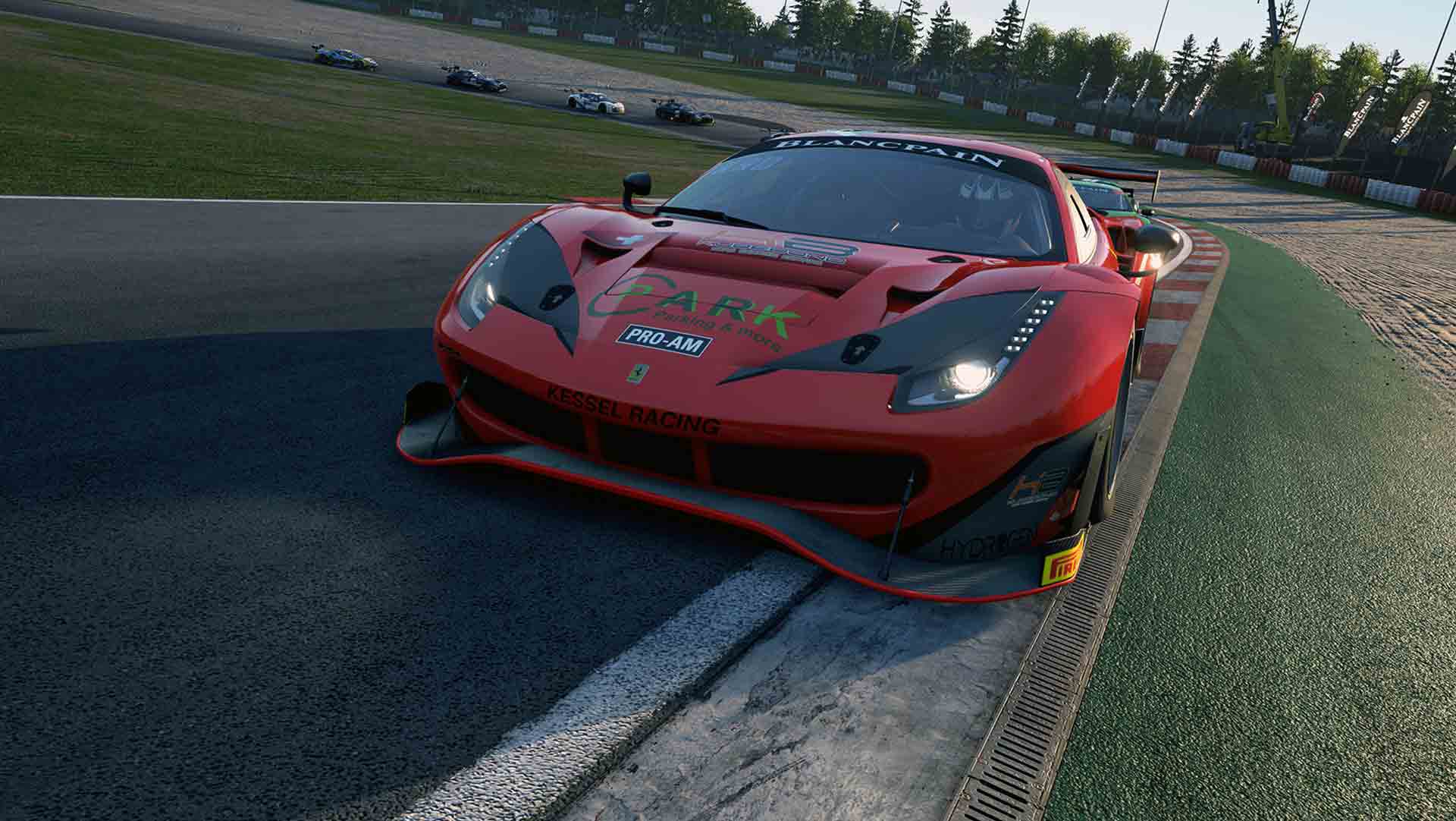 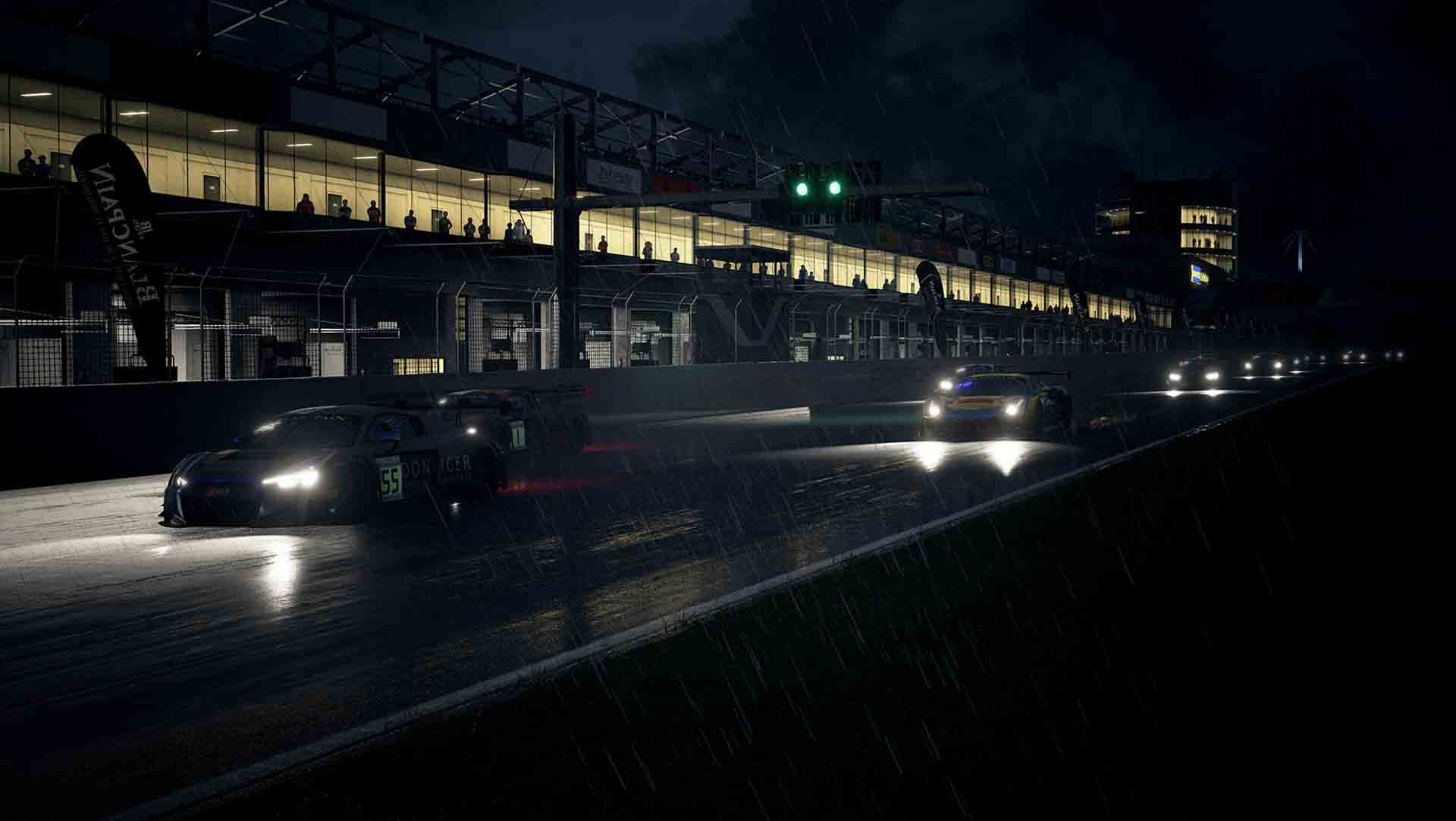 Warning
The keys of this product can only be activated in the country they were purchased and are not available in:
China
Product details
Publisher
505 Games
Developer
Kunos Simulazioni
Released
12 Sep 2018
Categories
Simulation Sport Racing
Modes
Single-player
Tags
Submit your tag

Thanks to the extraordinary quality of simulation, the game will allow you to experience the real atmosphere of the ​​GT3 championship, competing against official drivers, teams, cars and circuits reproduced in-game with the highest level of accuracy ever achieved.

Sprint, Endurance and Spa 24 Hours races will come to life with an incredible level of realism, in both single and multiplayer modes.

Assetto Corsa Competizione is born from KUNOS Simulazioni's long-term experience, and it takes full advantage of Unreal Engine 4 to ensure photorealistic weather conditions and graphics, night races, motion capture animations, reaching a new standard in terms of driving realism and immersion, thanks to its further improved tyre and aerodynamic models.

Designed to innovate, Assetto Corsa Competizione will be set to promote eSports, bringing players at the heart of the Blancpain GT Series and putting them behind the wheel of Ferraris, Lamborghinis, McLarens and many other prestigious GT racing cars, all reproduced with outstanding level of detail.

Assetto Corsa Competizione is designed to faithfully recreate the performance and the driving experience of real Blancpain GT Series cars through a sophisticated mathematical model that accurately replicates tyre grip, aerodynamic impact, engine parameters, suspensions and electronics systems that determine vehicle balance, as well as the influence of mechanical damage on the car's drivability.

Even the secondary details are faithfully reproduced to make you feel the thrill of being in the cockpit of a real racing car. Doors, windshield wipers, headlights, racing lights, racing equipment and control devices such as ABS, traction control, engine ignition and ECU mapping, are all under the driver’s management to assure the best performance and offer the player total control of the car.

THE MOST ACCURATE CIRCUITS

Thanks to Laserscan technology, every official circuit is recreated with the utmost accuracy: all curbs and details perfectly fit their real counterparts to grant a gaming experience as faithful to reality as possible.

A well-structured ranking system will evaluate individual performance and driving behaviour to reward the most virtuous drivers and promote fair play in online competitions. The matchmaking function makes sure that you can compete with opponents of similar skill level and easily find online races to join, while the leaderboards will allow you to compare single-lap performance with virtual pilots from around the world with the same car, circuit and weather conditions.

Career, Championship and Free Play modes offer a complete and customizable gaming experience, also thanks to the tutorials and progressive aid levels that allow you to tailor AI opponent difficulty and vehicle stability control to your abilities. The Special Events will allow you to gain a first-hand experience of the most noteworthy real-life Blancpain GT Series challenges.

Motion capture technology is used to create the animations of mechanics and drivers in an even more realistic fashion, and guarantee a high level of player engagement during races, pit stops and driver changes.

Encouraged by the success of the Blancpain Endurance Series, which after its creation in 2011 quickly became the global reference for GT racing, world-renowned Swiss watch manufacturer Blancpain and the SRO Motorsports Group decided at the end of 2013 to extend their partnership to the Blancpain Sprint Series. From 2015, teams and drivers were also given the opportunity to compete for an overall Blancpain GT Series title. Varied grids were the result, with a host of respected GT teams and drivers at the start of each race. The Blancpain GT Series also saw an influx of young and talented drivers, making it a worldwide benchmark in GT3 racing.

A Blancpain GT Series Sprint Cup event consists of two races of one hour each, while the Blancpain GT Series Endurance Cup races range from three-hour events through a 1000 km race to the season highlight of the Total 24 Hours of Spa, one of the world’s leading 24-hour races.