Save your money. Support indie developers. Get awesome games.

Everpath is a roguelite action RPG set in the world of Northbarrow, the game procedural generation system ensures that each run is unique.

Procedural generation
The game dungeon system is based on great games like Binding of Isaac and The Legend of Zelda: A Link to the Past.

Enemies encounters
While exploring the world of Northbarrow and unveiling the causes of the sudden enemies appearances in the area you will face plenty of different enemies with different styles plus a chance of facing empowered magic or elite enemies. And epic boss fights await at the end of the last floor of each new area.

Loot and gear
You will be able to use over 200 random generated items to face your challenges.

Gameplay styles
Join the ranks of the Northbarrow army fighting as a melee or ranged characters, separated in four classes, each class has a distinct playstyle and unique items, further customize your gameplay style choosing one of eight (plus 4 unlock-able) class specialization, and shape your path while leveling up by choosing one of many class perks. This will ensure plenty of combinations to make your run the way you like it.

Exploration and secrets
It's not all about slashing and hacking your way though waves of enemies but find some of the common and more rare special encounters, fellow members of the Northbarrow Army (hopefully still alive) and even some of the more, stranger, citizens of the world.

"Every Ogre must make his own path outside of the clan, but always pay respect to where he came from." - Overlord Gruuga Wrathsin

Tale of Enki: Pilgrimage is a story-driven RPG that tells the tale of a young Ogre, Gargan, who's kicked out of his house by his father for being a layabout. Gargan is determined to prove to his father that he's a true Ogre and sets off on a journey across the country to retrieve a relic from an ancient Ogre hero. Gargan is joined on his journey by: Rook the aspiring paladin, Drusilla the cruel demon witch, Twostone the rocky cyclops hermit and Ka-gu the reformed villain and current necromancer. They all have their own reasons for joining the journey, but it's never smooth and they don't always get along too well.

Tale of Enki: Pilgrimage is a turn-based RPG with no random battles! It has influences from both Western and Japanese role-playing games as well as influences from classic pen and paper games like Dungeons and Dragons.

View this game on Steam
Developer: Studio Namaapa
Trading cards available
A mysterious letter invites you to Nusakana island, an island south of the continent, promising to tell you of your past. Taking advantage of your vacation allowance and thirst for an adventure, you decided to visit the island, unknowing what will you find there. A simple vacation? An answer to your mysterious past? Or something more precious? You decide yourself in Nusakana.

Nusakana is an open-world JRPG, focusing on player's freedom of approach and decision while time is deciding and chasing everything, rather than a straight, linear and guided gameplay and storyline often found in JRPGs. With a cast of over 30 characters and 20 recruitable maiden party members, experience the bustling Nusakana island with its inhabitant, Discover its secret within its lush forest and tranquil waters. But beware of the danger lurking beyond its beauty!

View this game on Steam
Developer: Kisareth Studios
Trading cards not available
Millennia in the future, an interstellar war between the Zinethian Confederation and the Thrasik Empire has erupted leaving entire sectors a spaceship graveyard. Equipped with more advanced weaponry, the Zinethian Confederation is on the verge of winning the war, but all is not as it seems.

The fate of billions rests in the balance as ambitious scientists race to unlock a powerful secret, one that sets Captain Hector of the Thrasik warship Rhoube and his determined crew on a collision course with military governments, the empress, and his own reality.

Mysterious Realms is a dungeon crawler RPG game about exploring the realms of mystery. In this game you take control over the team of brave Heroes and embark with them on dangerous missions. Mysterious Realms has a very unique combat system based on the deck with Crystals in five colours.

Use Crystals to damage enemies. Attack enemy with Crystal in specific colour to deal even more damage. Played Crystal generates Aura in corresponding colour. Use generated Auras to activate Abilities of your Heroes. 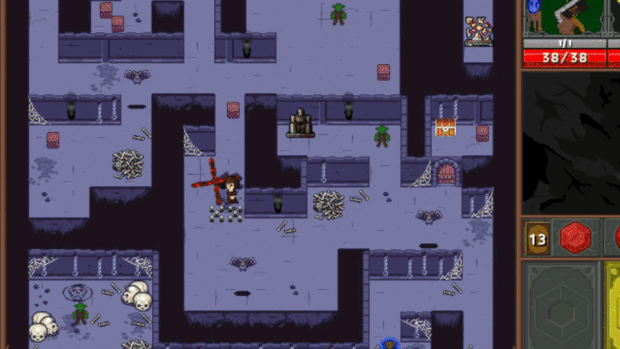 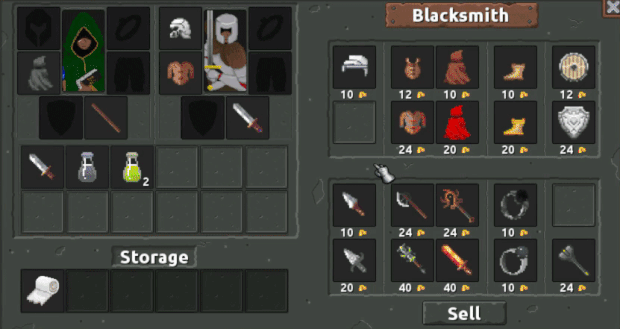 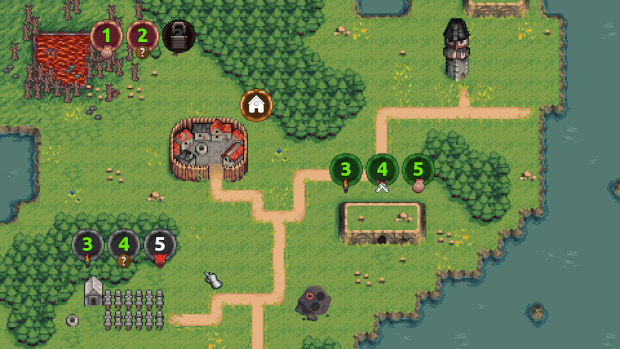 Explore three unique zones and conquer the World of Mystery.

View this game on Steam
Developer: Joshua Keith
Trading cards not available
Knight Bewitched is a turn-based jRPG that follows the love story of innocent witch Gwen and Ruth, the stalwart knight tasked to slay her.

After slaying the dragon Typhus the Younger, fearless knight Ruth and her companions are tasked with hunting the witch Gwendolyn. In an unfortunate turn of events, Ruth collapses from illness and is nursed back to health by no other than the witch she was tasked to kill. Unable to slay the woman who saved her life, Ruth is jailed on suspicion of bewitchment and later saved by her comrades.

As a new threat looms over the horizon, Ruth and Gwen, together with young orphaned companion Stray and mysterious rogue Uno, rise to the occasion. As they journey, a flame slowly ignites between the hearts of Ruth and Gwen.

But is this true love, or is Ruth truly bewitched?

Promote our deals on
your website, blog or social pages
REGISTER NOW